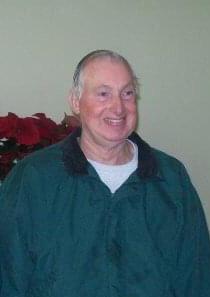 Harold and Lila Bechel. He was the oldest of three children. Butch married Linda (Gifford) Bechel on June 24th, 1967 at the Elmwood Methodist Church. He was a devoted father to his four boys! Butch hauled milk for his Dad and Uncle Frank at a younger age. He then drove truck for Coca-Cola for a few years before becoming a tractor mechanic at Durand Implement. After that he went on to Harmon Implement, then Herrley Sales. He then decided to become a self-employed tractor mechanic until retirement. Butch is survived by his four children Jeff (Carrie) of Plum City, WI, Dave (Lisa) of Plum City, WI, Greg (Carmen) of Maiden Rock, WI, Steve (Brianne) of Maiden Rock, WI. Eight grandchildren Chris, Ryan, Joey, Hailey, Timothy, Samantha, Cameron and Taylor. Butch is also survived by one brother Lonnie (Becky) of Ellsworth, WI and one sister Kathie of Elmwood, WI along with many nieces, nephews, other relatives and friends. He is preceded in death by his wife Linda, his parents and stepdad Al Herrley. A celebration of life will be held on a later date. Chippewa Valley Cremation Services – Celebration of Life Center is serving the family. To offer online condolences please visit www.chippewavalleycremation.com
LATEST NEWS

Mary Ann Devney passed away peacefully surrounded by her family on May 4, 2021. Mary Ann is pre...